But your shadow is larger than who you actually are. We all need to do things like the Minutemen. Everyone needs to start a band on their corner. Or a Rolling Jubilee campaign. The shadow thing also describes Occupy.


When you think about that first day — Sept. But it reached around the world. It was able to amplify in this way that was really good and exciting and inspiring, but kind of distorting too. And how did you wind up doing a newspaper at Occupy Wall Street?

We could show up and hang out, or we could march if there was a march, or we could volunteer, but we had to figure out what we could contribute in a way that used our skills. It turned out that the one thing we could do was write and edit. And it really satisfied my documentarian impulse.

Just(ice) Smiling? Masks and Masking in the Occupy-Wall Street Protests

Even if I was critical at times, I felt like it was important to be a part of it, instead of sitting on the side and watching it flailing. What happened in your town? I really enjoyed reaching out to people all over the world and getting their perspectives and getting them to write about what they were seeing. A lot of Occupy involved people who had never been part of a movement before. Even though Occupy is over, the ground is still really fertile. I think the question of how to organize in the wake of that experience is something that people are grappling with in different ways.

The stuff with eminent domain in California is still happening. It managed to contain housing and student loans and affordable healthcare. I remember that in the early days of Occupy I got a lot of my information off Facebook, through you. And then you left Facebook. When was that?

Was there a big idea behind it or did you just leave? Why would I invest in a platform that is ultimately going to take the audience away? So if people use Facebook or Twitter now to build their audience, what was the old way? They have a fascinating tradition of student unionism, but they have very strong organizational structures. So maybe the new way is the old way. Skills of political organizing. Which are not the same skills as being good at social media and being a marketer.

I have more of the latter skills than the former skills. Obviously, there are exceptions like Do you need them to be a huge group? This is one of the problems with hindsight. Taking your microscope and focusing it on one aspect of something that happened and thinking it was the whole world at the time. The question is more how to mobilize the people who are interested and how to mobilize them effectively.

Even with Strike Debt. None of us are paid. When you think about it, what you can do with a small group can be just as effective as what you can do with a large one. Half a million people who can come out without being organized are not going to be as effective as 50, people who are highly organized. Conservative youth were watching their generation being defined by freaks and communists and they started getting their shit together. I love a spontaneous rebellion as much as anyone, but we still have to get organized.

You grew up in radical culture and have written about your unconventional education, and really not having to go to school at all. For me, school was a part of who I was — it was the thing that I rebelled against.


They go to school, they get jobs. Their lives are institutionalized. My life was very anarchistic in that we were unschooled and taught that not only should we not be a part of institutions, but that we should be suspicious of them and their intentions. Schools were jails for kids — that sort of thing. Life is not fair. Some have more than others. That's the way things have always been. Best you can do is educate yourself and join a profitable field. It's common sense that if you have a graduate degree you will be much better off than someone with a H.

The unemployment rate for new college graduates is 9. That doesn't include the severely underemployed people who are patching together part-time and temp jobs because they can't find a job that pays them for the expensive degree they earned. 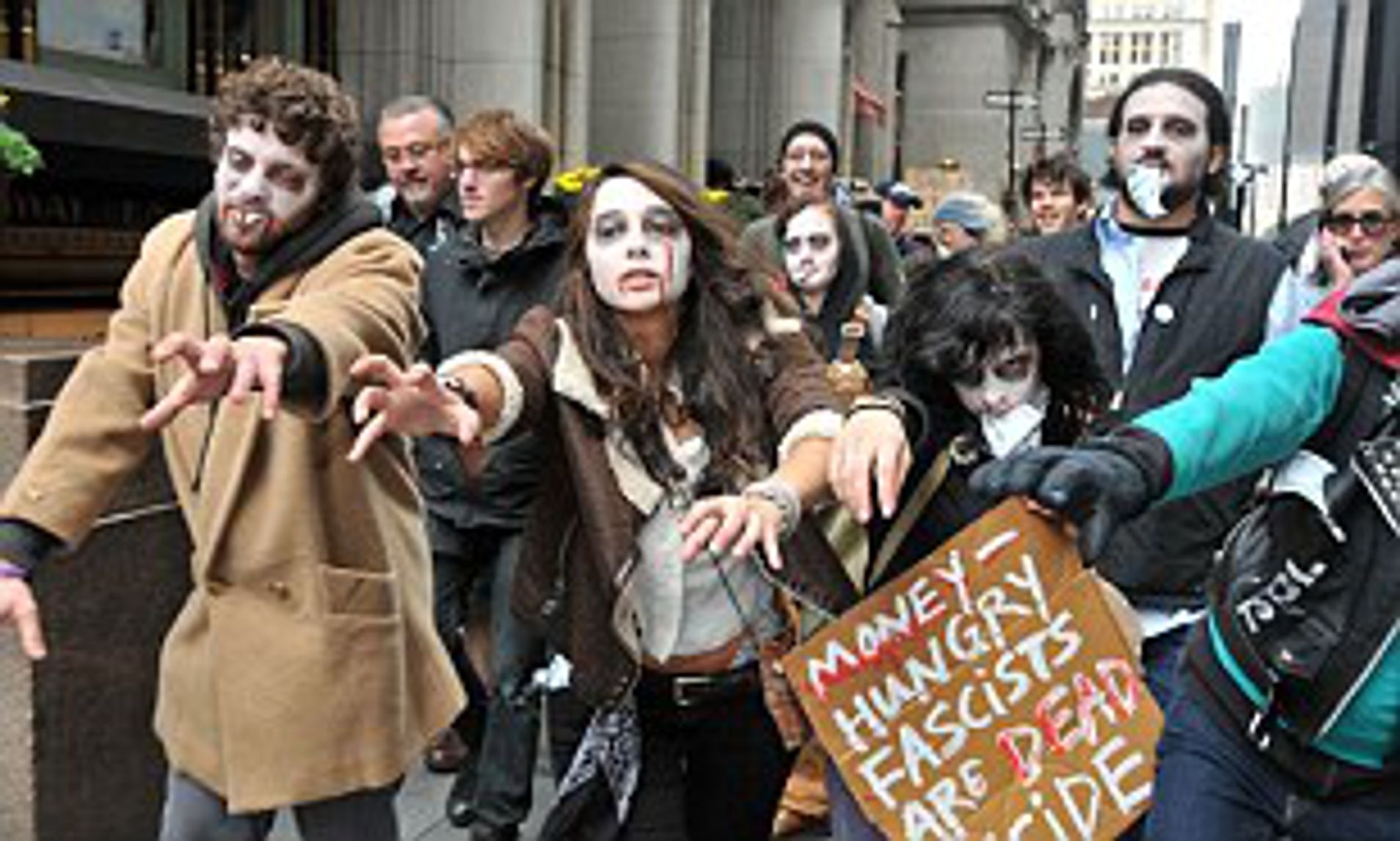 Wages are stagnating and in some cases decreasing and companies are not hiring, even as profits and worker production increase. It's not as simple as "educate yourself and join a profitable field" anymore. We don't want free money or free houses for everyone. We want our government to stop the corporations from kicking our asses, and to help us up off the ground.

If we get a chance to get back on our feet, we'll be okay. There's a whole lot of real things that the government can do to make that happen, and none of it involves "punishing success" or "coddling losers" or "Communism" or any other misrepresentation that is going around.

Furthermore, life in this country shouldn't just be fair for people with graduate degrees, it should be fair for everyone. That isn't to say that someone flipping burgers should get paid as much as a cancer researcher, but even people that can't go to college shouldn't have to worry about many of the things that they do now. That's not fair. That can change, and that should change. One former homeless man tells the story of how he found freedom in dropping out and doing it his own way.

First of all, there is a way the gov't can play a roll in resolving the mortgage crisis. I've heard of things ranging from rewriting the loans to, in some cases, "buying out" some of the mortgages which were originated in bad faith. More importantly, you say "life is not fair. Clearly, the playing field is tilted if favor of the rich and powerful. Righting the ship is what OWS is all about. I think you are missing the point of the movement. The system you speak of does not work, the "economy and world" is falling apart, too bad it didn't get much worse because then at least we would be talking about real change and not more band aids and topical fixes, the problems are systemic and require complete reorganization.

Please learn to think outside of the box you are obviously confined to, the future does not have to mirror the past, we must learn to evolve our social, political and economic systems to work here and now. Why rely on these systems when they have done such harm? This is brilliant. I live in a Brooklyn neighborhood Prospect Lefferts Gardens that is undergoing rapid gentrification, with so many of my neighbors being pushed out.